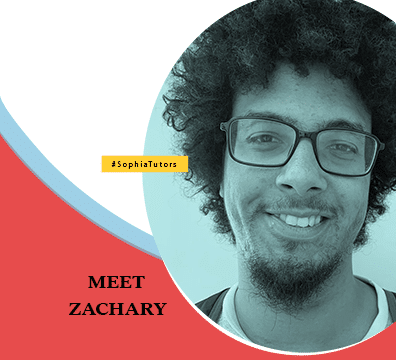 Zachary went to St Paul’s school and achieved A*s in mathematics GCSE and A-Level (amongst his many other qualifications). He has a degree in psychology from Edinburgh University and is currently studying for a Masters in computing and technology. He has been tutoring on and off for the last six years, mainly concentrating on mathematics GCSE and A-Level, but also physics and computer science GCSE, as well as 11+ preparation.

Zachary believes that every student is capable of achieving excellent results no matter their ability, and he always tries to raise his student’s confidence in the subject first. He then does his best to make learning fun for the pupil by using youtube videos, games, flashcards and coming up with fun questions to test them.

Zachary has been playing piano since he was five, so he enjoys doing that from time to time. He also has a love of languages, so he is trying to teach himself French and Japanese when and where he can. For fun, he likes to play online games with some of his friends.