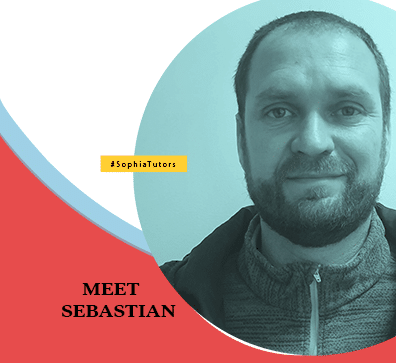 Sebastian is a qualified teacher with QTS. He is a specialist in PE and Spanish, with more than ten years of experience in education in several countries. He was a Year 3, 4 and 6 form-teacher in Spain. He was also an English teacher in a Secondary school in Colombia and a Year 3, 4 and 5 form-teacher in England. He has been teaching PE, Spanish, English, mathematics, RE, PSHE, geography, DT, at all levels. He has also been teaching in a primary school in London for more than three years. Sebastian has also tutored English as second language to children and expats British citizens in Andalusia (Spain).

Sebastian believes that In education it is so important the teacher’s knowledge is in tune with the student’s interests. He is convinced that if he is able to find what motivate students, it is very easy for him to make them achieve their goals. He prefers to learn about his student’s personality, motivations and interests to prepare bespoke lessons.

Sebastian loves sports, travelling and spending time with his family. In the morning, he relishes an early run by the riverside and in the park. If he has some spare time at night he enjoys watching comedies series on the TV.