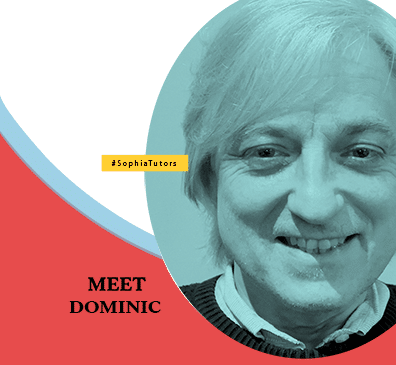 Dominic is highly educated. He has a PhD in Computer Science: An Adaptive Resonance Classifiers from Nottingham University, a MSc in Intelligent Systems from Plymouth University and a BSc (Hons) in Electrical and Electronic Engineering from Leeds University. Dominic is also a Fellow of the British Computer Society (FBCS) and a Chartered IT Professional (CITP). Dominic has a wealth of experience; he has a deep knowledge of data mining and artificial intelligence based on twenty years of teaching, learning and research. His tutoring and teaching expertise include data mining, artificial intelligence, neural networks, cognitive science, computer science and programming, at undergraduate and postgraduate levels, from foundation year to PhDs. He has designed many modules and degree courses, as well as corporate training programmes – such as a bespoke data mining course for staff at the Bank of England.

As pro vice-chancellor at London Metropolitan University Dominic introduced work related learning for all undergraduate students as a core component of the curriculum. He also has extensive editorial and writing experience, including editorship of the Cognitive Science journal published by Elsevier Science London, and authorship of circa.100 research and educational articles.

Dominic emphasises bespoke course design and delivery matched to the level, background and preferences of the learners; and the use of images, analogies and examples to illustrate and explain complex ideas. He is influenced by neuroscience, having studied and researched cognitive science and neural computing. Our minds have vast long- term memories, but very limited short-term memory capacity. Learning involves navigating the bottleneck that limits how much information can be consolidated in any one day. So, as a tutor, Dominic carefully weighs up the amount of new information in each session, and aims to establish a pattern that maximises the learning rate over time. The personality and learning preferences of the student are also fundamentally important, and he is a keen observer of what works for each individual.

Dominic loves literature and, as a poet, he performs quite often in an art gallery and other venues around London. He also enjoys composing simple piano pieces influenced by minimalism and jazz. As a listener, he loves the live jazz scene in London. He speaks French and typically spends a few weeks each year in France. Travelling to many other countries for work and pleasure has also featured strongly in his life. His very amateur, but enthusiastic cooking, has absorbed ingredients from his travels.